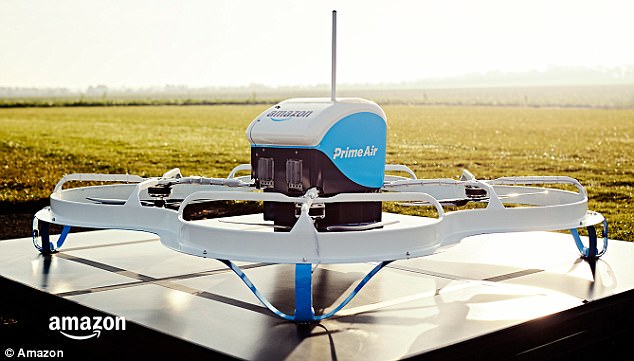 Electric vehicles face many challenges, one of which is their range. The best electric cars have fairly enough range, but their price is too high for the average consumer. The first mass-oriented electric vehicles like Tesla Model 3, Chevy Bolt or 2018 Nissan Leaf are dealing with this problems, however, they alone will not solve it.

Amazon, the largest e-commerce business in the world, is some time in the drone business. The company’s plan is to use them for delivering goods for the customers. This time, however, Amazon may have found a new way how to use the unmanned aerial vehicles, which is using them in order to recharge electric cars.

As Futurism reports, the company was granted a patent for an ambitious new method of maintaining a charge in electric vehicles. The patent shows using drones to charge up the electric cars without stopping and using a charging station.

The solution is that drives would request a charging from a central server, which would dispatch a charging drone to their location. The drone would then land on top of the vehicle and start transferring power, while the driver would continue his journey without stopping.

As Daily Mail reports, patent plans show a drone with connectors that can plug into a docking station on the car roof. Smart vehicle identification tech would prevent the drone from attaching itself to the wrong car.

This idea doesn’t mean that the electric vehicle would be fully recharged by drone. The UAV would simply provide enough power for the driver in order to reach a charging station, which are still limited in every country.

As The Sun reports, the drones could also fill up motors with petrol or diesel, and not just electricity. The UAV itself would weigh less than 45 kg and reach heights of almost 2 miles (3.2 km) before dropping down onto cars.

Even when charging technologies for electric cars are getting better and better every year, it would still provide a big challenge to develop a drone with such advanced charging capabilities.

Improved charging infrastructure is one of the top priorities which governments all over the world should focus on. Amazon’s patent is just a substitution, not the solution of this issue. 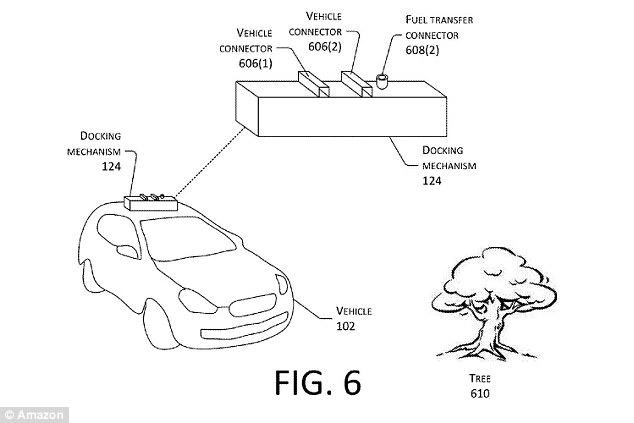 Nissan unveils its most powerful electric car ever, which has even more power than GT-R

China hardens demands on manufacturers, requires 10 % of all sold vehicles to be electric